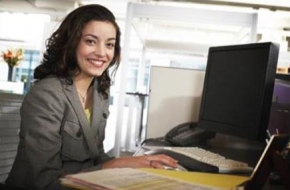 Our practice exams consist of approximately 30 questions that are randomly selected from the actual certification exam test bank. The practice exams are broken down into 2 separate exams that can be taken up to 3 times each. This gives you a total of 6 exams to help prepare you for certification.

We highly recommend all students take a few practice exams. This helps them to understand the test-taking process and prepares them for certification by giving actual certification questions! Scoring a 70% or higher on a practice exam is a good indicator that a student will receive a passing grade on the certification exam.

Secretaries and administrative assistants held about 4 million jobs in the past year in the United States. According to the Bureau of Labor and Statistics, overall employment for Certified Administrative Assistants (CAA) is expected to grow 12% by the year 2020.

Earning a national certification demonstrates competency to employers and National Career Certification Board’s (NCCB) Certified Administrative Assistant (CAA) designation raises the level standards in the industry and will give you an edge over your competition. Nationally certified Administrative Assistant are typically paid higher than others in the field who do not possess nationally recognized credentials.

Why Get Certified?
Certification Requirements

NCCB certifications are available to everyone that has formal training, work experience or has been self-trained in their field of expertise. Our goal is to be the initial certification organization to validate your education.

How do I get started?

Here is how the process works: